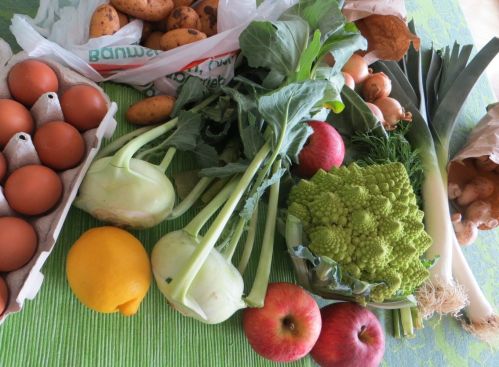 Market produce in Germany in April

The winter edge is starting to wear off, slowly but surely, after the coldest March and the darkest winter on record.

Here in Southern Germany, the markets blooming with produce.

Here’s what I picked up this weekend. The lemon is from afar – Spain, I think – but the rest is local.

We’ve also hit upon the start of spargel season, the beloved asparagus, white or green, found during these brief weeks on restaurant menus all across the city. Spargel is still rather expensive, around $10 a pound at the farmer’s market, but the price will fall as the season nears its peak. (I leaned this the hard way after paying 9€ last year, in a newcomer’s green excitement.) I’m waiting now for a thick bundle of white stalks to peel down to their pearly cores and grill to that divine crunchy sweetness. 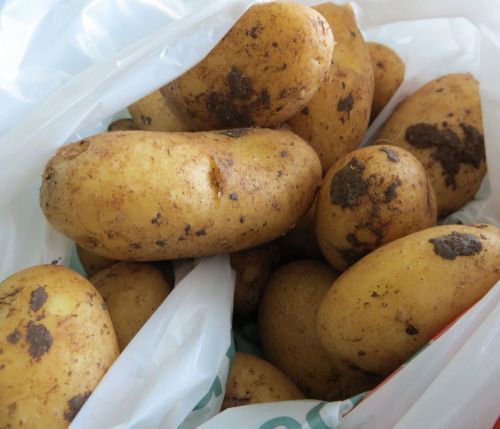 I baked up a batch of these potatoes today, so freshly dug up that they were smeared with dirt. I love that, a sort of authenticity badge of real food straight from the fields to the farmers’ trucks to our downtown market. Not plastic wrapped or infused with preservatives. Just dirt.

I find them delicious roasted very simply, tossed with olive oil and spices, and baked for 15-20 minutes around 375-400F degrees. Old Bay is nice, barbeque spices are tangy and sweet. My current favorite potato spice mix is paprika, oregano, sea salt, and pepper.

Leeks are a staple throughout winter. And despite all my American cookbooks warning me against the gritty dirt found in leeks, the German ones I’ve bought have been clean as a whistle. These are going to be chopped, sauteed in butter, and served with potatoes and steak.

Dill is a such a wonderful bright, spring flavor. I plan to sprinkle it on green beans with garlic and lemon and remember our Turkish cooking class.

I don’t know what the mushrooms will be destined for, but they were so irresistibly mellow and fresh. Any ideas? 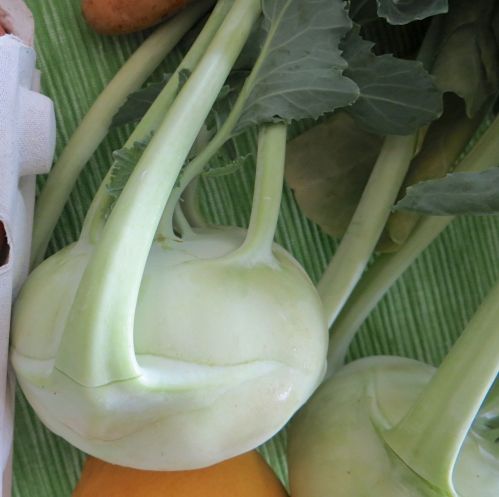 This bulbous mysterious thing is one of my two cooking adventures of the week. Meet kohlrabi, otherwise known as a German turnip. I’ve read so far that you can eat it raw quite happily or cook it up. I’m debating between a kohlrabi gratin, kohlrabi fries, and kohlrabi risotto. Any votes?

Onions are Zwiebeln are onions. Same as in the States. But so pretty, tucked in a crisp brown bag.

Here’s adventure No. 2 of the week: Romanesco broccoli, aka Roman cauliflower. I’ve been eying it all winter, wondering what it was, delighting in its weird, alien-like spikes. I have no earthly idea how to use it yet, but I imagine, should no intriguing recipes turn up, I’ll roast it like cauliflower, with olive oil and garlic. You can’t go wrong with those two.